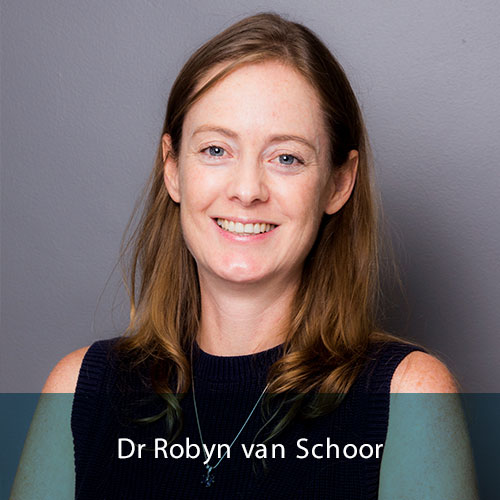 “Everything that you are is enough.”

Dr Robyn van Schoor stayed in the public sector in 2015 at Steve Biko Academic Hospital for a year as a consultant after specialising in psychiatry. At this stage she focussed on the interface between psychiatry and HIV medicine. Since 2016 she has been in private practice and passionate about assisting people with a wide range of general psychiatric complaints.

There are a number of mental health disorders that affect adults due to different risk factors. Dr Robyn assists and treats many adult patients who are affected by symptoms of a wide variety of psychiatric disorders such as depression, anxiety and dual diagnosis.

Do you need professional help?